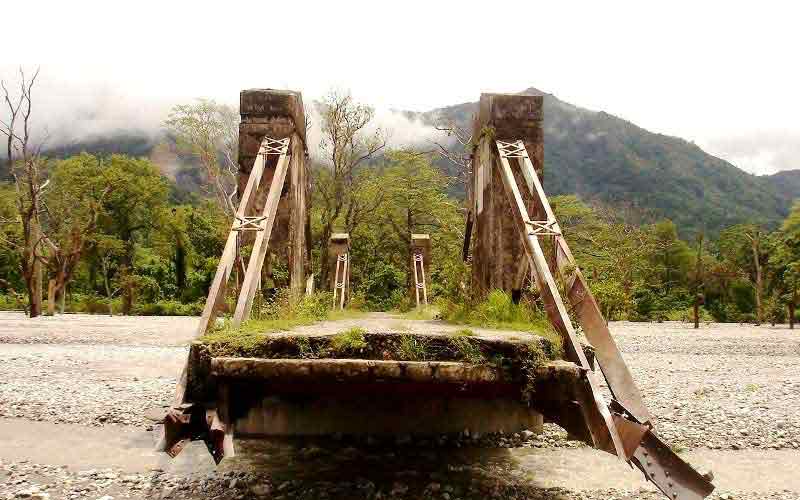 Situated within the verdant forest of Buxa Tiger Reserve at a distance of 30km from Alipurduar is a quaint forest village residing on the bank of meandering river stream, Jayanti. Buxa Tiger Reserve is a verdant land within the Buxa National Park in the Buxa hill of the southern hilly area of Bhutan. The quaint forest village is named after the meandering river stream Jayanti which passes through the Buxa Tiger Reserve in the Eastern Dooars. Jayanti village with its unique location has become a sojourn for the nature love and emerged it as a popular eco-tourism hotspot of Dooars region. Jayanti with its serene ambiance and pictorial view is often referred as the 'Queen of Dooars'.

Things to do in Jayanti

Endowed with rich flora and fauna Jayanti is one of the oldest settlements of Dooars region which has recently gained prominence as an offbeat destination. In pre-independence India, the Dolomite mines nearby Bhutan hills used to bring dolomite to Jayanti from where trains used to take it to other parts of the country. Traveling to the oldest settlement of Dooars is an unforgettable experience in itself. The journey takes the tourist through the paddy fields and land dotted with the lush rolling meadows of tea garden and traveling through the dense forest of Buxa Tiger Reserve while listening to the alluring chirping and spotting some untamed animal is probably the best part of the journey towards Jayanti. Nestled in the core of Buxa National Park, sighting herd of wild elephant, peacocks and barking deer is a normal occurrence in Jayanti. Away from the tedious and monotonous city lifestyle, a trip to Jayanti offers an perfect destination for a laid back holiday amidst the nature it's a place where time seems to have slowed down its fast pace. Although the river Jayanti remains dry most of the year but when the water level rises, listening to the alluring sound of the flowing river, chirping of unknown birds, sweet fragrance of nature and refreshingly cool breeze at Jayanti will make you feel completely rejuvenated. The pebbles along the river bed of Jayanti add charms to the unmatched beauty to the place. Buxa forest is known for housing an astounding collection of avifauna like greater pied hornbill, ibisbill, migratory goosander, red-stars, wagtails, the rare black necked crane, migratory common teal, black stork, large whistling teal, minivets, and ferruginous pochards and the proximity of Jayanti with Buxa Forest has made it a birding paradise for avid bird watchers. There are many trekking routes sprawled across the verdant jungle enclosing the quaint forest village Jayanti which has hyped the interest of trekkers traveling in Dooars region, the most famous one being the trek towards the scenically blessed hamlet Lepchakha. Apart from being rich in scenic beauty, the forested region of Buxa surrounding Jayanti housing some historical significant places like ruins of Buxa Fort.

Taking a stroll in the bank of river Jayanti while listening to the distinct sound made by exotic animals and birds residing in the verdant woodland of Buxa, can be an amazing way to isolate oneself from the bustle of city life. With the touch of history and abundance of natural beauty, the quaint forest village Jayanti of Dooars region has become the perfect get away destination for the traveler who wants to spend some quality time in the nurturing lap of Mother Nature.

Blessed with temperate weather the beauty of the Jayanti and is surrounding places can be relished throughout the year. If the tourist are looking forward to partake in the jungle safari of the verdant Buxa forest it is best to avoid the rainy season since the forest area of Dooars region remain close from mid July to mid September.