Make your dream of exploring Bhutan Ghat come true. Have a tour to Bhutan Ghat and its nearby sightseeing places with our Bhutan Ghat Tour Packages. All of our tour packages are made in a way to satisfy everyone’s budgets and likings.

Bhutanghat, as the name indicates, is a tiny suburb near Indo-Bhutan Border. Nestled beside river Raidak, Bhutan Ghat gained its prominence in the field of tourism for its scenic beauty, hilly terrain and the thick forest. With our pocket-friendly Bhutan Ghat Tour Packages, have a wonderful trip midst the jungle of Dooars and feel the composure of it. 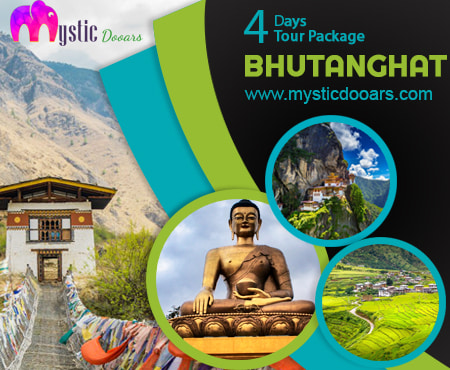 This 4 days Bhutanghat package tour is intelligently planned by our tour experts for offering you to spend a perfect holiday in and around Bhutan Ghat. All the information regarding Bhutan Ghat Package Tour for 4 Days is mentioned below. 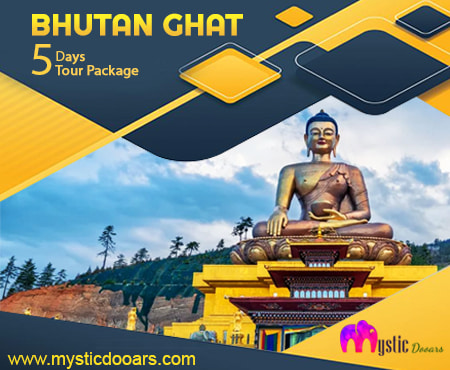 In this 5 Days Bhutan Ghat Package Tour, we are inviting you to visit one of the tranquil parts of Dooars. Now enjoy the serene ambience of Dooars while getting a glimpse of Bhutan. 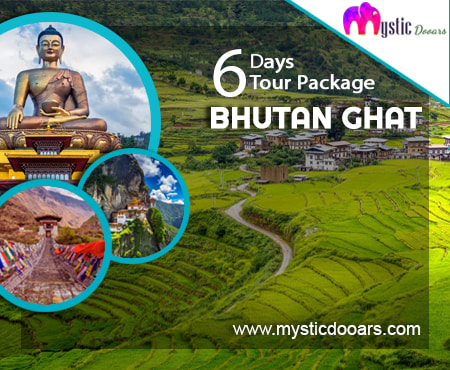 Witness the beauty of Bhutan Ghat, wander around this scenic hamlet, listen to the melodious chirping of birds with 6 days Bhutan Ghat Package Tour. The tour plan will be as described below.

All of our Bhutan Ghat Tour Packages have been made in a way to cover most of the tourist attractions of Dooars. Here are the tourist places you are going to see during your trip.

Bhutan Ghat is full scenic beauty. It is the prime attraction of our Bhutanghat Tour Packages. Just a little distance away from the Bhutanghat forest bungalow there is a profound lake called Narathali. The swampy soil surrounding the quaint Narathali Lake creates an ideal environment for housing a large species of birds. Himalayan migratory goosanders, hornbill, red star, ibis bills, black stork, minivets, and many other birds transform the scenically blessed Bhutanghat a birding paradise for the avid birdwatchers.

Situated adjacent to Bhutan border, Raimatang is enriched by the rich flora and fauna of Dooars. Due to its closeness with the Buxa Tiger Reserve, the sighting of wild animals is a normal phenomenon in Raimatang. Raimatang is a sojourn for nature lovers as it offers a serene ambience amidst the lap of nature where they can find nature at its pristine form. Wildlife enthusiast like you can witness the wild animals of Buxa Tiger Reserve and vast water bed from the Raimatang watchtower.

Buxa National Park is a tiger reserve in the Alipurduar District of West Bengal. It is the natural habitat of many wild animals such as Royal Bengal Tiger, leopard, mongoose, Asian Elephant, Gaur, Hog Deer, Wild Buffalo, and many more. Opened in the year of 1983, this thickly wooded forest is a must-visit place in our Bhutan Ghat Tour Packages.

Buxa Fort is a historical area, now in ruins. It was formerly controlled by Bhutan King but was handed over to the British. British during their reign used the fort as a prison for captivating the rebels of India. Subhas Chandra Bose, one of the renowned freedom fighters in India was also imprisoned here. Due to its huge historical significance, it was able to make it in our sightseeing places of Bhutan Ghat Tour Packages.

Overlooking the meandering Raidak River, Raidak is one of the scenically blessed sites in Dooars. The woodland of Raidak is one of the elephant corridors of Buxa Tiger Reserve. Even though Raidak is completely different from any other prominent forest, it is full of rich flora and fauna. So, with our Bhutan Ghat Tour Packages, you will be taken to this scenic destination too.