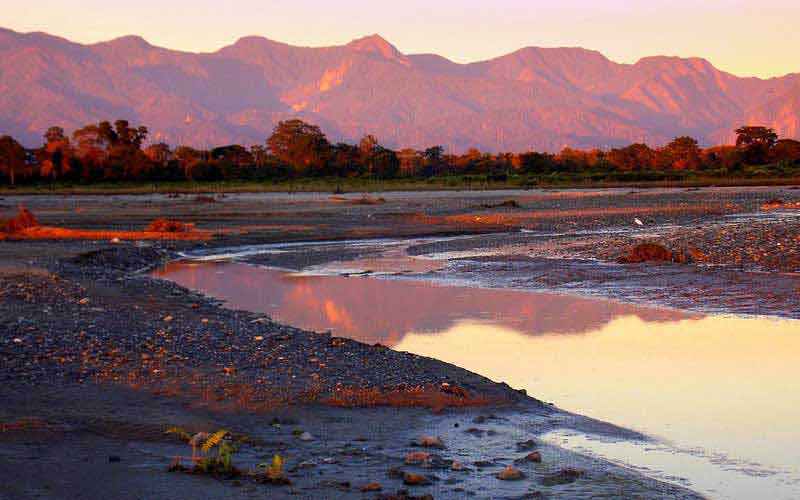 Sited on the foothills of Eastern Himalayas along the bank of river Kalijani at a distance of 93km from Jalpaiguri and 40km from Hasimara is a municipal city called Alipurduar. Located at the extreme edge of West Bengal, Alipurduar is also known as the Gateway to Bhutan and Northeast state. The unique location of Alipurduar has made it a base for the travelers who want travel further in the north east region. The name Alipurduar has three parts. The first part "Ali" is derived from the name of Col Hedayat Ali Khan who had lived there and fought a war against Bhutan. The second part "Pur" stands for the meaning residence and finally "Duar" has its origin in the name of the region "Dooars". The former name of Alipurduar was Alipur, meaning the place where Ali lived. Later "Duar" was added to distinguish it from the Alipore of Calcutta.

Sightseeing Places to Visit in Alipurduar

Surrounded with thick deciduous forest the roads leading towards Alipurduar is filled with pictorial vista of lush tea garden and semi-tropical forest offering a visual treat for the tourists. The enchanting view of emerald blue River Teesta meandering through the lofty mountainous valley witnessed while crossing the historic Coronation Bridge during the blissful towards Alipurduar has ensnared the heart of many travelers. Apart from being the gateway to Bhutan and North-East state, Alipurduar is an important historical significant city of Dooars region. It is a very old trading center and had a trading route popularly known as "Silk Route" with Bhutan and Tibet. The remains of the traditional route are still visible in Santarabari. Santarabari is a quaint village located between Rajabhatkhawa and Buxa fort. Alipurduar is also an essential railway junction that connects Kolkata in the south and New Delhi and Guwahati in the north and east respectively. The historic city Alipurduar harbor traveling routes towards many pictorial destinations like Buxa Tiger Reserve making it the base for tourists traveling in search of finding authentic Dooars. Located at a distance of 18km from Alipurduar is a verdant land of Buxa Tiger Reserve which houses the 2nd largest population of Royal Bengal Tiger in West Bengal. Coochbehar, the regal city once the capital of the Cooch dynasty is located at a distance of 26 km from Alipurduar. Tourists while visiting Coochbehar can still feel the lingering essence of regal Cooch ear in the magnificent architecture of Cooch Palace and Madam Mohan Temple. Phuentsholing is another favored destination which can be visited while traveling to Alipurduar. The border town of Bhutan, Phuentsholing is famous for its crocodile breeding centre Amo Chhu and travelers can even catch the glimpse of astounding Bhutanese architecture during their visit. Chilapata, an important migratory corridor for the large herbivores like Rhino and Wild Elephant, and Jaldapara, famous for housing the largest number of Indian one horned rhinoceros, are few other forest reserves of Dooars which can be ventured while traveling to Alipurduar.

Strategically located near the Bhutan and Assam border while being blessed by the thick deciduous forest is an historical significant city, Alipurduar, with its pictorial sites have become a favored tourist destination of Dooars Region. From a jungle safari of luxuriant forest to a tour across the regal town, a visit to Alipurduar ensures it all.

The post monsoon season from October to May is said to be the best time to visit Alipurduar when the weather remains soothing and is apt for going on a jungle safari. It is best to avoid the monsoon season if tourist are looking forward to partake in jungle since the forested area of Dooars region remain close from mid July to mid September due to heavy rainfall.