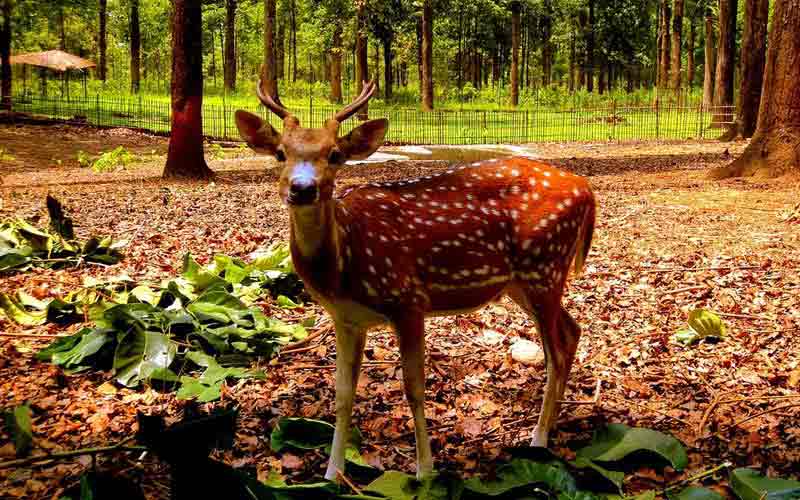 Located in the Terai region of the Himalayan foothill in the Dooars region, at a distance of 68 km from Siliguri and 32km from Jalpaiguri is a nature endowed place, Gorumara National Park. Gorumara is a national park of Northern West Bengal which has been declared as the best protected area in India by the Ministry of Environment and Forest for the year 2009. Gorumara National Park is primarily known for abundant population of Indian Rhino. Sited on the flood plain of River Murti and River Raidak, Gorumara National Park with its vast collection of flora and fauna has lured the tourist traveling in Dooars region towards it.

Things to do in Gorumara National Park

The journey towards the enchanting woodland of Gorumara is an unforgettable experience in itself. The roads leading towards Gorumara National Park is dotted with the lush rolling meadows of tea garden along with the view of roaring River Teesta meandering through the lofty hills offered while crossing the age old Coronation Bridge, the trip towards Gorumara National Park is a visual treat for the travelers. The verdant forested area of Gorumara National Park sprawled across the meandering river stream create an astounding vista which have left tourist spell bound by the beauty of Dooars region. The best way to relish the beauty of Gorumara National Park is by going on a jungle safari which takes the travelers through the dense forested area while giving them chance to spot some untamed wild animal. Tourists who want to spend some quality time amidst the dense forested area can lodge in the Gorumara forest bungalow. Apart from lodging facility there are many pictorial places to be spotted while visiting Gorumara National Park like Jatraprasad watchtower. Located at a 100mt distance from the forest bungalow, the Jatraprasad watchtower is named after a female elephant which was legendary for its caring nature. The elephant Jatraprasad saved lives of numerous orphaned baby elephants by acting as their surrogate mother. The pictorial view of wandering river flowing through the tall grassland has ensnared the heart of many travelers but the key factor which makes Jatraprasad watchtower famous is the salt pit near the watchtower which attracts large herbivores like Rhino and Bison. The verdant forest of Gorumara is known for housing an exquisite collection of avifauna like Minivets, Pheasants, Hornbills, Woodpeckers, Cuckoos, Cormorants, Orioles, Pigeons and Mynas. During the winter months, migratory birds including the Brahminy duck, Ibis, teals, Stork and other species of birds like Corporant, Indian Shag, Darter, Egrets, Lesser Adjutant Stork and Lapwing has been spotted in Gorumara National Park making it a birding paradise for the avid bird watchers. The bank of river Torsha is considered to be the best place to witness a surreal sunset while visiting Gorumara National Park.

The post monsoon season from November to March is considered to be the best time to relish and explore the verdant forest of Gorumara. It is best to avoid traveling during mid July to mid September since the forested area of Dooars remain close during monsoon season.