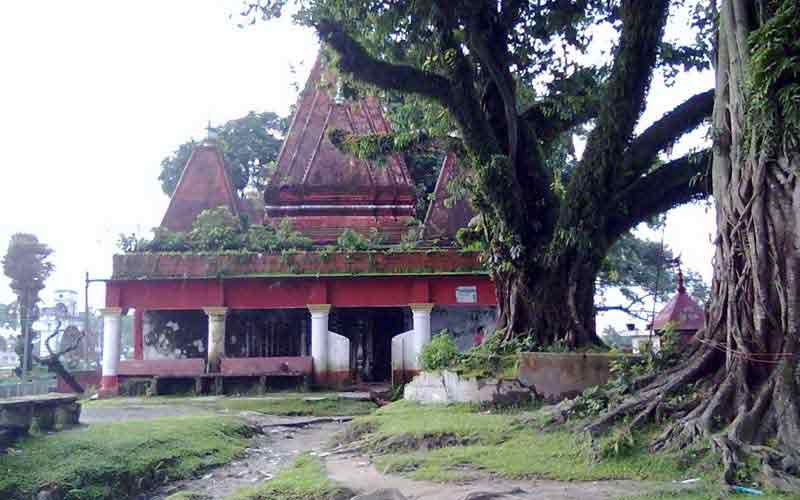 Nestled on the foothills of Eastern Himalayas in North Bengal is Jalpaiguri which harbors one of the richest natural beauties mainly tea plantations and luscious forest. Located at a distance of 47km from Siliguri, Jalpaiguri is the largest city of West Bengal which shares its border with Bangladesh, Bhutan and North India State making it's the melting pot a diverse culture. The rippling slopes covered with lush green teagardens and forests separated by meandering streams and small ethnic villages have made Jalpaiguri the most favored destination of the Dooars Region. Jalpaiguri derives its name from the olive fruit, which is locally known as 'jalpai' it literally means a place where olives are found abundantly. Its name is also associated with Lord Shiva who is also known as Jalpesh, the presiding deity of the region.

Sightseeing Places to visit in Jalpaiguri

Blessed with numerous rivers and there tributaries, traveling to Jalpaiguri ensures travelers to collect some fond memories of some of the most pictorial view of changing landscape. The blissful journey towards the largest city residing at the banks of river Teesta is an unforgettable experience which is filled with the view of paddy fields, small river stream, lush tea garden and verdant forest the ride towards Jalpaiguri is a visual treat for the tourist. The surreal beauty of Jalpaiguri has ensnared the mind of people and evoked the feeling of fantasy in their heart since the early British rule. The major forest area like Gorumara National Park and Chapramari fall under the Jalpaiguri District which makes it the hub of travelers who wants to explore the wild side of Dooars region. A number of large and small rivers pass through the district including Teesta, Jaldhaka, Diana, Torsha, Neora, Murti etc. and Karala River which is known as the Thames of Jalpaiguri also flow through the town. The main economy of Dooars region apart from tourism lies in tea production and Jalpaiguri has a large numbers of tea gardens within its district which produces the famous "Dooars Tea" making Jalpaiguri a favored destination for the tea lovers. Aside from the housing some of the most astounding sights of the natural beauty there are many places in and around Jalpaiguri with historical significance and Rajbari Palace being the most prominent one. Rajbari Palace was designed on the model of Buckingham Palace in London in 1887, during the reign of Maharaja Nripendra Narayan. The beauty of Jalpaiguri never ceases to amaze tourists since there is something to offer to everyone and housing the sacred Jalpesh Mandir, Jalpaiguri is also a pilgrim center for the devotees of Lord Shiva. From venturing upon the deepest forested area while spotting some rare untamed animals to driving across the lush rolling meadow of tea garden, Jalpaiguri with its astounding sites has become a must visit destination of Dooars region.

Feel the tranquility seep inside your soul as you take a stroll in the Karala river bank while watching the back drop view of the Himalayan range and basking in the serene environment of the Jalpaiguri. Endowed with the picturesque view of roaring River Teesta meandering beside the lush tea garden, Jalpaiguri has bewitched the minds of tourist traveling to Dooars. Travel to Jalpaiguri a nature bound place with the touch of history, where travelers can immerge themselves in the authentic beauty of Dooars.

The best time to visit Jalpaiguri and enjoy the astounding beauty of the Doors region is during the months of September to March, when the monsoon gets over and the weather is soothing for travelers.