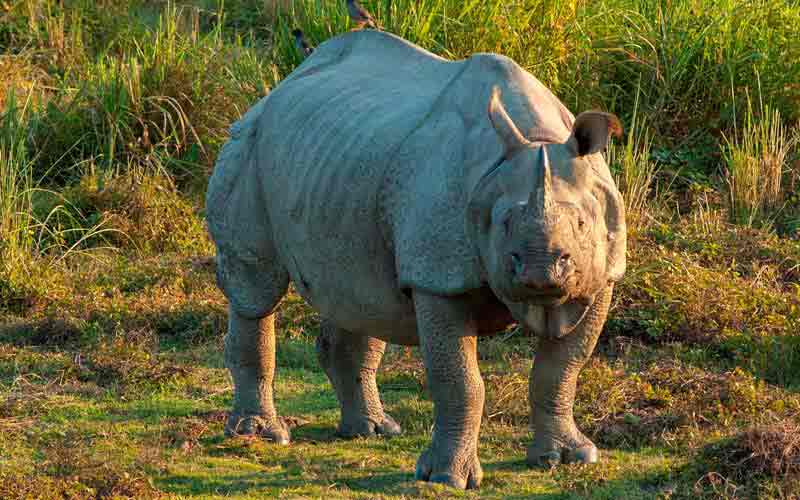 Things to do in Jaldapara National Park

Sprawled across the vast grassland with blotches of marshy forest, Jaldapara was declared as a sanctuary in 1941 and entitled with the crown of national park in 2012. The journey towards the verdant grassland of Jaldapara National Park is an unforgettable experience in itself. Traveling across the paddy fields, lush tea garden along with the view of roaring River Teesta meandering through the lofty mountainous valley, while crossing Coronation Bridge to reach Jaldapara is a visual treat for travelers. The view of quaint river stream flowing through the emerald green forest of Jaldapara has ensnared the heart of many travelers. The best way to adore the rich flora and fauna of Jaldapara is by partaking in jungle safari, elephant safari being the favored one. During the jungle safari tourist can spot animal like barking deer, chital while listening to the chirping of exotic birds and if lucky they might even spot the famous Asiatic one-horned rhino. The marshy forested area of Jaldapara National Park create an ideal environment for harboring a vast species of avifauna like crested eagle, Pallas' fish eagle, shikra, Finn's weaver, jungle fowl, peafowl (peacock), partridge and lesser pied hornbill. But that's not all Jaldapara National Park is one of the few places in India where the Bengal Florican is sighted, making Jaldapara a birding paradise for the avid bird watchers. There are many forest lodge spread across the verdant forest of Jaldapara National Park for the tourist who wants to isolate themselves from the rambunctious city life. Spending a night in the core of dense forest of Jaldapara while listening to the sound of rustling leaves made by the wild animal in the silent night can be a thrilling experience. From going on the voyage towards the dense forested area to taking a leisurely stroll in the bank of river Torsa, a journey towards Jaldapara National Park can be an outwardly experience which gives an insight of the wildlife habiting in the Dooars region. Tourist may also catch a glimpse of tribal people living in the dense forest of Jaldapara.

Endowed with rich flora and fauna, Jaldapara National Park encircled with meandering river stream, have become the sojourn for the travelers who are looking for a nature bound place where they can isolate themselves and replenish their tired souls on the nurturing lap of Mother Nature. If you want to spend the weekend feasting upon authentic beauty of Dooars region then Jaldapara National Park is the ideal destination for you.

The post monsoon season from November to March is considered to be the best time to relish and explore the luxuriant forest of Jaldapara National Park. It is best to avoid traveling during mid July to mid September since the forested area of Dooars remain close during monsoon season.